The Military Zone Job Tax Credit (JTC) Program provides additional benefits to businesses located in specified census tracts or additionally designated areas, which are adjacent to a military base and considered to be "less developed" or have a higher rate of poverty.

Businesses located in areas designated as Military Zones may qualify for a maximum $3,500 tax credit per job, per year, for up to 5 years when a minimum of two (2) or more eligible net new jobs are created within a single tax year, as long as the jobs are maintained. This Job Tax Credit can be used against 100% of Georgia’s income tax liability and withholding taxes. The law allows for any business to qualify for the credit, regardless of industry. A complete overview of the Military Zone job tax credit, including the steps for filing for the job tax credit can be found in the Military Zone Job Tax Credit Fact Sheet. Please contact one of our staff for additional information. 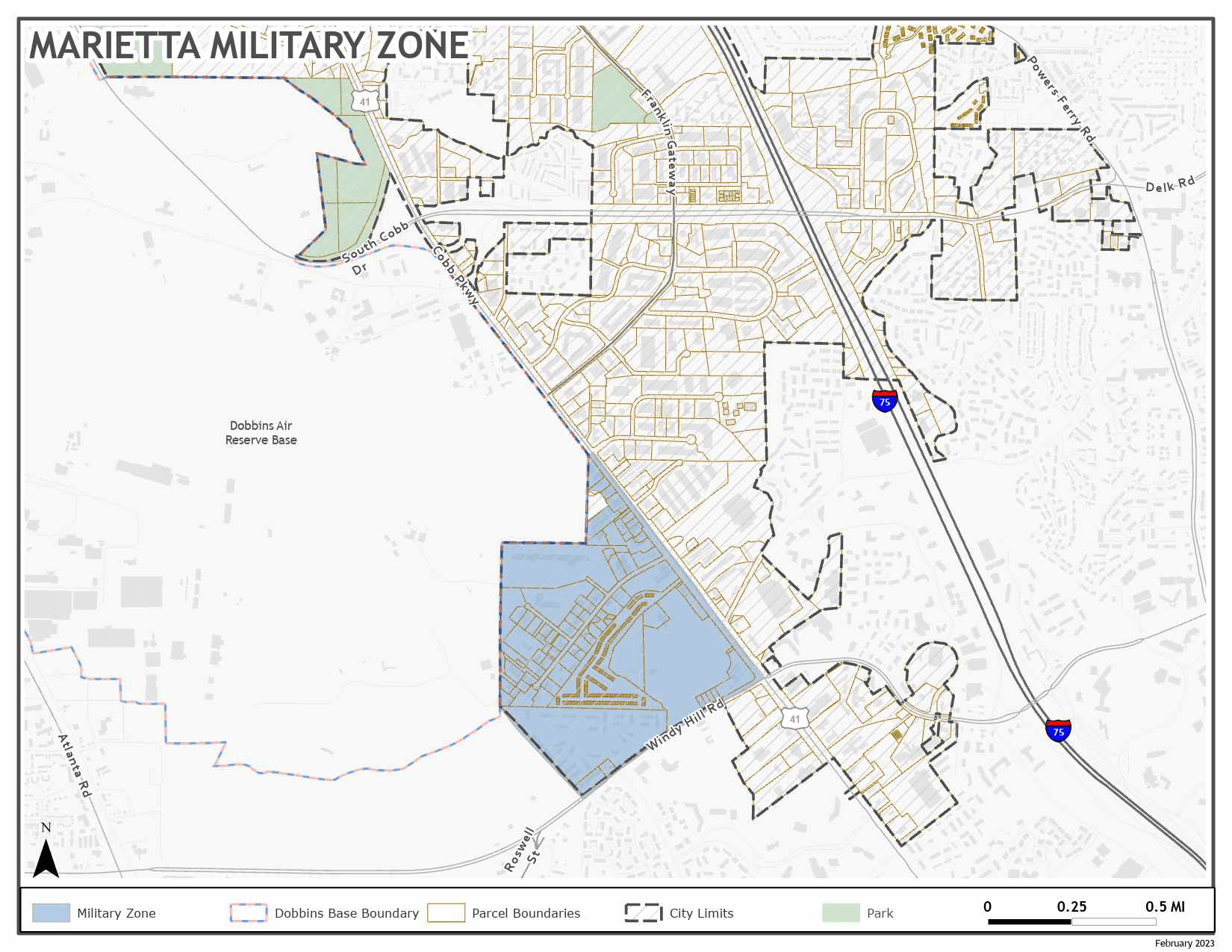 If you or a client are interested in opening or expanding a business in the Marietta city limits and would like to find out if a property you are interested in is located in a Military Zone, you can search by address using the City’s Property Search Tool or by contacting one of our staff.

To locate additional program information and resources, including contacts for assistance, visit the Department of Community Affairs' website and the Department of Revenue's website. Follow the links below to view current Georgia JTC Program Rules and Regulations.

Census tracts which are located adjacent to a military base and have pervasive poverty of at least a 15% poverty rate, as reflected in the most recent decennial census, are eligible for Military Zone designation. Businesses within these census tracts, which may be affected by the loss of the Military Zone designation, will benefit by filing a Notice of Intent by March 31 of the year of change to preserve existing benefits for an additional three (3) years. The Department of Community Affairs ranks the state’s census tracts by December 31st of each year. The most current census tract detail is applicable to a 2020 tax year beginning on or after January 1, 2020.